Have you ever played Angry Birds on your tablet and then wanted to spend some time finishing up a level at work, but all you had was your phone? Is your cell phone provider forcing you to do a factory reset to attempt to fix a problem? Don’t you wish all your apps, game save data, and more could be accessed from anywhere any time? Carbon App Sync and Backup can help with that.

Carbon is written by the same developer who brought you ClockworkMOD and ROM Manager. It works on rooted and unrooted devices, although it’s significantly better on rooted devices as you do not need any computer involvement or wires for some of the features to work. I’m going to explain a bit about everything it can do, but know that some of the features below will be root specific, some will only appear if you purchase the app, and some will just not work because you looked at it funny.

The amount of things that Carbon can do is pretty nifty. You can back up rooted and unrooted phones to an SD card, cloud based storage, or a computer.

In the first scenario I mentioned above, where your tablet at home contains your Angry Birds game and you’re at work, you can pop open Carbon on your phone, sync only the Angry Birds data, and play on from where you left off.

In the second scenario, Carbon can back up your applications and data to the SD card, you can factory reset your system, and then you should be able to restore programs and data individually.

But wait, there’s more. Carbon also has a built-in web server that allows you to backup and restore Android applications to storage on your computer as long as you’re on the same network.

In one of the tests I ran on Carbon, my EVO 3D was sitting in my house, I was on my EVO 4G LTE over Sprint’s network, and I pulled an app and data at blazing 3G speeds off of a phone sitting on my desk. In my case, this was all with rooted devices. A non-root user would probably have to plug into a computer to sync things up.

But, what if you wanted an automatic sync? You don’t want to have to remember to leave your tablet on and running at home. Carbon Premium covers you there with automatic sync. 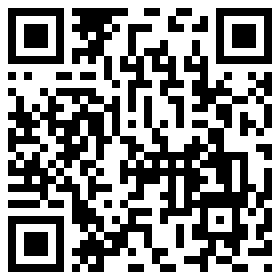 I will stress that I have run into a few bugs here and there. There are updates flowing every day for it as bug reports flow in. I don’t think it was quite ready for prime time when it hit open availability on the Play Store, but with something that can do root-like things on non-root devices, you’re going to run into some issues inevitably.

Carbon is free and available at Google Play. Try it and see if it works magic for you. It’s an incredible product and I’ll be playing with it on some non-root devices soon enough to see what that experience is like. Let us know what you think.