If you’ve ever wanted to respond to a text, compose an email, or browse the internet while watching a YouTube video, you’ve been pretty much out of luck doing that on the same device. However, Floating YouTube Popup Video can allow you to do all of these things on your device, the only limit being your screen size and processor power.

FYPV works in conjunction with the YouTube app; it’s not a replacement. You will need to find the video in the YouTube application and then share it with FYPV in order to get the video overlay started.

Once the overlay has started, you can launch other applications, re-size the window, and multitask pretty well on a decently powered device. On my HTC EVO 4G LTE, I found that I was able to text and tweet with nearly no problems, although Chrome Beta ran like a frozen slug through molasses. My other browsers seemed to work fine, so I’m not sure what’s going on with that.

After the video is playing, you can resize and move the window around so you can get at the keyboard, or tap where you need to. The application is ideal if you’re watching longer videos and want to chat about them with your friends, or if you know you’re going to have to answer emails and texts non-stop.

Unfortunately, when the video is over, you’ll have to go back to the YouTube app (or launch it through the overlay) to select another. As far as I can tell, you can’t share a playlist, so after the video is over, it’s time to select another one. For short videos, that’s kind of annoying, but if you’re watching a 15 minute video and don’t want to devote your phone to YouTube, it’s amazing.

It appears if you just launch the Floating YouTube app, you’re given the option to search YouTube, but your subscriptions and feeds aren’t there.  So it’s not quite a full replacement for the YouTube app but is pretty darn awesome nonetheless. 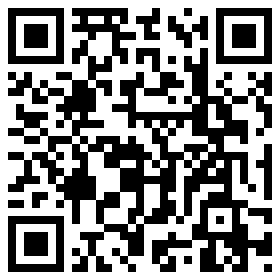 The application is free, and pretty darn amazing. I’d suggest getting it unless you think you’ll have the old Pop Up Video theme stuck in your head every time you launch it.