Android Signal Booster is an application that starts off by telling you that software signal boosters are generally fake, and then does a good job of beating all of the other booster apps on Google Play for free.

But before we go into the app itself, here’s some background on software signal boosting (and fakery).

What is a software signal booster?

The generally-implied claim behind most of the software signal booster apps on Google Play is that somehow they fix your bad connection and make it stronger by turning up the power or fixing and optimizing the data connection. As the radio firmware is specific to your phone, and your phone is generally limited in what amounts of power you’re going to transmit due to the FCC (or your country’s equivalent), you might start wondering how an app designed for all Android devices could possibly do anything. You should wonder.

And yet signal booster apps seem to work…

That’s one of the confusing things. You go and read reviews of the software signal booster apps, and it’s page after page of people happy with the product they purchased. And if you download and run one yourself, chances are you’ll see an improvement – and you’re not insane.

While I’d love to posit a grand conspiracy theory in which these software developers have been purchasing reviews, that’s probably not the case. The apps do somewhat work.

But we’ve stated you’re probably not going to boost your signal very much using an app downloaded from Google Play. In theory, in the root world an app could be designed that might force a higher transmitting power if they knew your phone, carrier, and firmware. Specialized radio firmware could be installed – perhaps a ROM with a different cell driver, something akin to the force-roam mods many ROMs include – but that would have to be tailored to the ROM and phone.

What causes the slow performance that requires boosting?

The software you’re running on your phone most likely isn’t perfect. If it was, you’d never see a system update notification for your phone, as there would be no need for bug fixes. Sometimes your phone gets hung up talking to a weak tower over the strong one you’re near, or the WiFi goes wonky due to a software bug and won’t behave, or you’re in a 4G area and the phone refuses to connect to 4G because the 4G driver hung or it’s not going to check for another few minutes.

These are just random examples of what happens that cause people to believe they need their signal boosted. In each instance, the boost they need is simply a radio restart (i.e. the old turn it off and back on IT trick).

Basically, the function behind most “boosters” is to put your phone into airplane mode which disables all connections and radios, and then take it out which re-enables the radio and restarts the drivers. Much like your computer being on for too long, after a while things at the driver level start to get wonky as they weren’t perfect to begin with.

Boosting without an application

While your devices may vary, my EVOs came with a widget or a setting to put me into airplane mode. That will disable everything, and pretty much give you the same result. Alternately, selectively disabling and re-enabling whatever radio you’re having issues with might clear up the issue.

In some cases that won’t work, but in those cases the applications you’re looking at on Google Play wouldn’t help either.

So why Android Signal Booster?

Well, first off I love that it states most of the information above and introduces its users to a level of app scammery and deceiving claims that I didn’t know was quite so rampant on Google Play. The second reason is it’s free and works with Android 4.2+, which patched a hole that allowed apps to toggle airplane mode.

With Android 4.2+, you’re going to need root to toggle radios via an app, but for older Android versions that’s not a requirement. 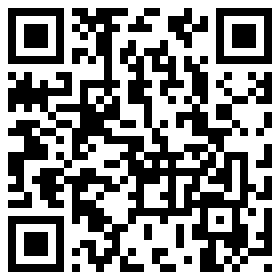 Android Signal Booster by Zero Soft is free, doesn’t contain advertising, tells you what it’s actually doing, and works to fix some misbehaving radios. You can try it out and use it for yourself, and if it doesn’t work it’s not like you’re out anything.