If you’re more familiar and comfortable with Windows-style start button and folders than you are with Android’s default configuration, Taskbar – Windows 8 Style might just be the app you’re looking for. This is an app by the people who brought you Root Uninstaller, but it doesn’t require root privileges to run.

Not having played extensively with Windows 8 (I thought it was all tiles now), it does remind me very much of the Windows 95-7 taskbars in that you can create folders, drill down into these folders, and arrange icons in the order you want within the drill downs. Unfortunately, the drill-downs seem to stop at one, so you’re not going to have a folder called games and then two sub-folders under that. For most of what I do, though, just separating my social media apps from my hundred other apps is more than enough. Items can be hidden, ordered in whatever way you want, and placed in multiple folders. Quick toggle items such as Bluetooth and airplane mode remain persistent in the task bar. The button you press can be positioned wherever on the screen you want it and will follow you into games, which can be quite handy.

There are currently three types of folders available at the moment: applications, settings, and contacts.

Settings allows for use of some of the settings, but not all – at least not on my ROM. Probably there’s some difference between what a setting is and what I think it is.

There are a couple of issues searching for contacts to place in a contacts folder as the task bar seems to want to lay over the bottom of the keyboard during search, but you can select people with no difficulty.

Taskbar also has a built-in app list of running apps that you can see in the picture to the left. You can switch between apps by tapping in that area, which would be a nightmare if the program didn’t minimize itself to a little button when not being used.

It’s a great app if you like the simplicity of the Windows task bar. It needs a couple of tweaks to be perfect, but it’s pretty amazing as is and is a real time saver if you’re more comfortable with the old Windows style. 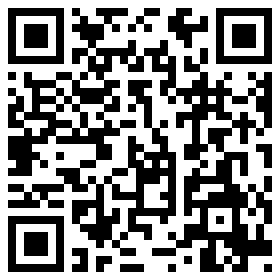 Taskbar – Windows 8 Style is free and from Google Play, with new features announced and coming soon. It contains no advertising that I saw, so there’s no probably no reason to not want to try it.

I will definitely be watching this for further development – and if you try it, let us know how it works for you!