Google Maps 7 for Android has just been released, although it’s not yet available for download for most people due to Google’s staged rollout. The new look of Google Maps is like the old look of Google Maps for iOS, so for those of you who have played around with Google Maps on an iPhone, it’s pretty much that, with a couple minor changes.

Navigation has also been updated, which may be good news for the HTC EVO 4G LTE crowd, since many of us have been having some issues for the past eight months now. I’ll be playing with that tomorrow to see if those affected by the maps issue will finally able to use navigation. Navigation also supposedly has real time re-routing for traffic issues.

Unfortunately, Google Latitude is gone, so no more stalking your friends or knowing your spouse is still at work. Instead, you’ll have to use a similar feature that’s available now in Google+ on mobile.

There are some new swiping gestures you can use to open views, and offline maps are still available but getting to them is not as easy.

If you want to try out the new Maps before it’s available, Android Police has some mirrors up for Android 4.1 and 4.2  apk files. Supposedly other versions will be rolling out soon, but they’re not out just yet.

Playing with the apk I downloaded, Street View is slightly askew, looking stitched together – so no more holding an area to get to Street View (now you hold to drop a pin, then tap the box and view), but that’s no big deal. It’s pretty different, but it remains to be seen how well the changes work since I’ve stuck by my old Maps for quite a while now.

Google Maps on the Galaxy Watch 4 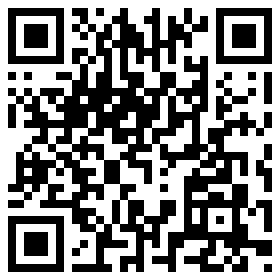 Google Maps 7 is a free update and available for some right now from the download link below. If your version doesn’t show 7+, you can grab an APK download at the links above or wait for a couple of days and it should become available for download to you.

You may want to wait for a bit to install this though. Google has a nasty habit lately of a couple of days of bad app experience while they work the kinks out.