Google recently announced that Latitude, a service that allowed you to see where your friends and family were, was going to be discontinued. While the date of termination is listed as being next month, people who updated their version of Google Maps to 7.0 found they no longer had access to Google Latitude and were told that it was moving at a later date to Google+.

Yesterday Google released an update to Google+ which brings it back into existence, although not as a layer visible on Google Maps, which is kind of a letdown for me.

The move to the Google+ app allows you to share location information based on circles, or pick individual people to share with; they can share back with you by choosing to share with you and the whole thing is set up a bit better to add people than Google Latitude was.

Unfortunately the app does not appear to work for me on my HTC EVO 4G LTE. It works fine for my wife on her EVO 3D running Maps 6.x, and the newest Google+ and will show where a person is on a map and looks cool (that’s what that picture to the right is here). But on my phone running the latest version of Maps 7 (it’s available for me now), instead of a map I get a graph paper background (see picture below), which is pretty useless as I can only guess based on relation to me where a person is.

Whatever the case, the change seems to be somewhat good, if it were functioning properly for me. As my phone is rooted six ways to Sunday, there’s a possibility my issues with the thing are just my issues, and I’d be interested to hear from people who install and see what their experiences are.

I really dislike that Google removed this feature from the Maps app, as sometimes I like planning trips based on where my friends are showing up – “Oh, X is just a mile away when I’m passing through that town; I ought to toss them an email and see if they’re game for lunch.”Oh well, the Google giveth, and the Google giveth more with broken features that will be fixed in a day or so – I’m looking at you Hangouts. 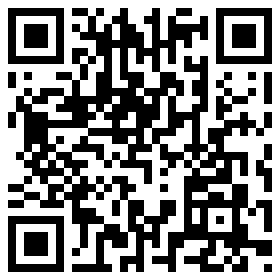 Latitude’s web page does not seem to reflect location data from Google+ as I have friends sharing their location there that do not appear, and the Google+ web site does not appear to have any options to see where your friends are at, which is extremely annoying as you can do things a lot easier when you’ve got more screen real estate helping you out.

As with most Google products, I expect this to be all fixed within a day or two, so early adopters beware of some annoyances coming up.