I’ve written about my desire to see centrally located ROM distribution go away for a while now, but even as a proponent of torrenting via Android, I really haven’t investigated many clients that work on the device – just those that control a torrent client at home. I rarely had a need to torrent anything directly to my phone until I needed to make a bootable recovery USB image with no working computer and horrible cell service. Enter my savior: µTorrent.

µTorrent is a BitTorrent client for Android that works with .torrent files and magnet links, and even has some built-in search capabilities. It is absurdly useful when you have to get the file no matter the connection, no matter the speed, no matter how long it takes; the client will just keep finding trackers, peers, and seeds, and keep pulling that data correctly for you. If your phone dies in the middle of a transfer, it’ll pick right back up when you have it on later.

If you absolutely have to have the file and are willing to risk your carrier’s wrath, you can download via any connection – 3G, 4G, WiMAX, LTE, or WiFi. If you’re not willing to tread into that territory, it does have a WiFi-only mode that will only pop on and download when you’re in WiFi coverage.

If the torrent you’re downloading has multiple files, you can also choose to not download any you don’t need to save bandwidth and time.

There are some features missing from the full-featured desktop torrent clients, such as no options to play a torrent while it’s downloading. But for me that’s not a dealbreaker, as I’m not into downloading movies or videos to watch on my phone. However it does contain the option to subscribe to RSS feeds of torrents so that your favorite group’s videos will be there and available for you when you get a chance to view them, without any interaction on your part.

All in all it’s a pretty useful tool that’s going in my ROM to ROM toolbag. Now if I can just convince some developers to stop hosting everything exclusively on large single failure point servers, we’re set. 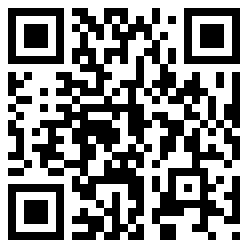 One thing to note with this, the “u” in µTorrent is actually a “µ” in the program name. This character ranks higher than Z in the alphabet set we use, so you’ll find µTorrent somewhere after your Words With Friends and Yelp. It won’t be under the U section if your apps are sorted alphabetically.