As part of my job I transfer a lot of data to and from work via USB sticks and my trusty HTC EVO 4G LTE with a 64GB SDXC expansion card. In the past, this has involved plugging into the computer or transferring it to a network share, and then grabbing it before I left, which isn’t always opportune when you work in a multi-story building with your office as far away as physically possible from the exit. Samba Filesharing for Android helps me with that, and many other things.

This app allows your phone to function as a network share. Basically whenever I enter my office or home WiFi, any computer in the network suddenly sees a network device called nopking and can read and write to it like a standard network share. For me, this means instead of getting stopped at the exit, given a project, copying to a network share, going to my office, plugging the phone into my computer, accessing the share, and copying the files over to my SD card, I can simply type in \\nopking\sdcard from any computer and, with a prompt for username and password, access my phone’s SD card directly.

I can also access the files on my EVO 4G LTE while it’s plugged into a wall charger (charges at 1000mA+) as opposed to the USB on my computer (charges at 500mA). The downsides of course are that you’re now limited by the speed of the WiFi connection, which when dealing with massive files is an issue, but not so much with smaller sets.

Samba Filesharing for Android has some neat features such as WiFi whitelist. This feature allows you to only open your phone up to sharing when it’s in a trusted WiFi network, so there’s no fear of walking into a coffee shop and people seeing your device broadcasting that it has data to share. What’s cooler though is being able to go to someone’s computer, sit down, and force them to watch a slideshow of your baby being cute without any warning. 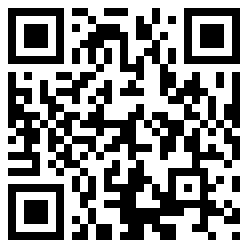 Mostly I really appreciate this app because I can have the phone on the good charger, access the files I need without having to plug it into the computer or, heaven forbid, walk past a sleeping infant to retrieve my precious phone. Also, while Google Drive and Dropbox are pretty freaking sweet, I’ve got the data with me even if the building’s network goes down or one of those services goes down (it’s happened twice in the past month). I’m not relying on the next place I go to have internet.

Samba Filesharing  for Android is free and available from Google Play.