Condi is an application that evaluates conditions and performs actions based on those conditions having been met. These actions include sending a text message, changing screen brightness, killing a running app, and several others.

I’ll be doing some comparisons to Tasker here, as they used to call the application Mini Tasker (and were subsequently asked to stop calling it that), and some of the same tasks can be more easily or freely be accomplished with Condi.

To start off with, this is not Tasker grade. It will do many of the things that Tasker will that entry level users might not be comfortable with plunking down money for or learning how to do, and it will do them easily. The app doesn’t support plugins, scripting, or scenes however, which severely limits the expandability of the thing. However, not all users want or need a Tasker grade application running.

Condi includes much of functionality of the Tasker plugin Autolocation built in, which allows for greater location-based tasks right out of the box. Should you want to silence phone calls and texts while driving, there’s an easy way to do that that involves check boxes.

Got a task that you’d like to share? A simple share button should allow you to share those, but for some reason I get that there’s no internet connection constantly today. Want to browse tasks that other people have made and shared? There’s a button for that (also getting that there’s an error today, but it worked fine yesterday).

Condi isn’t Tasker, but for the user who just wants to launch a music player when the headset is plugged in, shoot a text message to his or her significant other automatically when they get home, disable incoming calls while driving, or pop up an app after you boot, it’s got everything you need to do it built right in and is free. The location and activity based recognition use Google Play Services fused location provider, so you’re pretty much using little to no juice to poll for most activities. 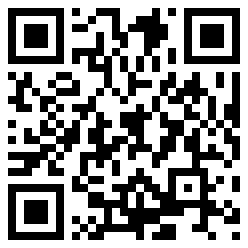 Condi requires root access for some things, such as turning on and off GPS and airplane mode. Also root is required to terminate applications, although you might be able to get around that simply by launching another application like I did with the simple kids-mode Tasker peice.

In the end, though, Condi is free, works for what it needs to, and can be useful to those who want a solution but the Great Wall of Tasker learning curve prevents them from taking action.

It’s a pretty great app and appears to be being updated relatively frequently.

3 thoughts on “Hands on with Condi, a free lite Tasker alternative”