Open Mic+ in its simplest form is an application that listens for you to say the magic phrase “OK Google,” and then launches Google Now in listen mode. In more advanced scenarios, you can set up voice trigger commands for Tasker profiles if you have Tasker installed, but we’ll get to that later.

If you’ve seen the Moto X advertisement in which a phone on a nightstand starts playing music requested just by voice and no touching, you know pretty much what this will do. It’ll listen and then execute commands via Google Now. Anything Now can be asked to do, you can trigger. It can also recognize you waving your hand over the front facing camera if you want to have more of the Samsung Galaxy S4 touchless functionality.

By default the Open Mic+ app listens only when the screen is on, which is not as cool as the Moto X, but you can configure it to listen during screen off, on or off charger only. There’s battery consumption involved in listening for commands all the time, so be aware of that when you set the thing up. It’s not an unreasonable battery saving scenario to only listen while the screen is on.

Besides being able to wake up and run the phone with the phrase “OK Google,” you can also define your own wakeup phrase. Should you want to change it to “Bridge, Captain Picard here,” you can geek out with your Star Trek wakeup phrase.

Additionally Open Mic+ allows you to define a phrase, and a Tasker task to execute. Want to report your location to a loved one, trigger a gaming profile, or put the phone into a deep sleep? Just set a phrase and associate it with the Tasker action and you’re set. 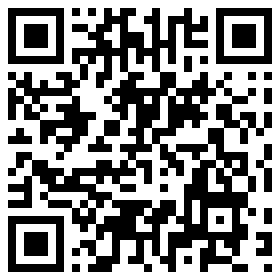 Open Mic+ includes some options for root users as well, but that’s limited to hiding persistent notifications from the status bar. You can execute your root commands via voice by making Tasker tasks.

Open Mic+ is free to try, and for most will work fine out of the box. The free version is not receiving any new updates but will get bugfixes. The donate version is $1.99 and gets new features regularly. If you’re still unsure if your phone will work with it or if you want to try the donate version, you can email the author and he claims he’ll send you a copy free.

You probably can’t beat that.