As some of you probably have noticed, my posts on Pocketables come at all times of day and night, and some of the reasoning behind that is I just don’t sleep normal hours, nor have energy at the same times each day. Research is tending to suggest now that looking at a cell phone, TV or computer, which is a good portion of my day, is one of the reasons I’m wired when it’s time for bed.

There’s a photoreceptor in your eyes called melanospin (according to the Twilight app) that, when exposed to blue light (which your average Android or iPhone produces), cause suppression of melatonin, a hormone that helps with sleep. Looking at a screen with the right color temperature can trick your brain into thinking that it’s time to get up and be active when it isn’t.

There are a couple of solutions to this technology-induced problem. The first is simple: set everything down that produces any sort of light in the blue spectrum several hours before bedtime. The other is to install some software on your devices that shuts off blue lights in the evening.

Since shutting off your devices is absurd for some, we’ll look at the software angle.

There’s an application called f.lux that is free and works on Windows, Mac, and jailbroken iPhones and iPads. For the PC and Mac software simply head to justgetflux.com.

On a PC, the application runs in the systray and, after inputting your zip cod,e it will take care of all of the screen modifications for you. Blue will be removed as the night goes on and hopefully the melatonin suppression effects of the screens will cease or decrease.

Come daylight hours, your screens will return to perfectly normal. Also, at any time during the night, if you need access to true colors you can simply disable the app for a predetermined time or completely.

If you’re on a jailbroken device, just open up Cydia and search for f.lux. Unfortunately there’s no f.lux for Android, but there is Twilight. Fortunately, this Twilight app doesn’t involve glittery vampires, but it will help put you to sleep like the movie did.

Twilight figures out where you’re at and handles the day/night transitions for you. It doesn’t remove the blue, but it filters with red, which achieves somewhat the same effect. Being colorblind as a beagle, I can’t tell what exactly is different except that the reddened Twilight image is not quite right.

Obviously if you’re dealing with anything that requires true color recognition you’re going to want to remove this, and you may simply want to wait until f.lux makes its way over to Android (soon evidently) if you can’t take the red heat. Also, be aware that turning all the pixels red can drain your battery significantly faster on some screen types. 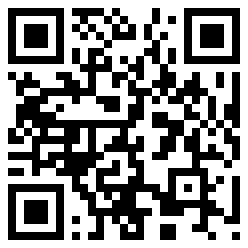 I’m playing with a combination of f.lux and Twilight on my devices for the next couple of weeks to see if I can escape what’s essentially been a lifetime sleep disorder. While it’s still too early to do the happy sleep dance, so far there’s no indication that these aren’t working.

Let me know if this works or doesn’t for you.