You may recall an article I wrote a while back about solving sleep problems with software. I expected after finding the sub-genre of screen-tinting software, I would try a few options and have a series about what worked and didn’t work. I was wrong – they all seem to work. If you’re not rooted you’ll want to try one of the apps from that article.

As a 30+ year sufferer of insomnia, segmented sleeping, tons of medication ranging from hypnotics to antidepressants tried on me to get me to sleep it seemed impossible that tinting my computer and my cell phone’s screens at night would do anything.

I’m at 4.5 months of sleeping normally and becoming tired at a reasonable hour using a combo of f.lux and Twilight, so when I saw a new sleep tinting app on the market that also caters to colorblind people, I was intrigued.

CF.lumen was around during the Gingerbread days, but it’s now available for KitKat and above as long as you’re rooted.

Chainfire (where the CF in CF.lumen comes from,) is perhaps best know for an app called SuperSU, which many root users use to grant root access and have a log of what an application is actually doing.

The pro version of CF.lumen is available for $2.99, but you can play with the app with almost all functionality intact for free. (I think the only restriction is it does not start up automatically at boot.)

One of the really neat things about this app is that you can define filters for specific circumstances – a color filter in the day, a sundown filter, and a you should be asleep at this point filter. You can also force the phone into day mode if you’re in a very bright environment (such as if you walk into a Target at 8 p.m.). The number of customization options built in, while not all-encompassing, are pretty spot on for the average person. The colorblind options allow you to choose between Protanopia (-red/green), Deuteranopia (red/-green), and Tritanopia (blue/yellow). I’m kind of uncertain what the filter is supposed to accomplish, but it does make everything stand out a bit, if kind of oddly.

It does not appear that you can select to be colorblind in the day and not at night, which is one thing I’ve noticed – I only have an issue with determining during the daytime and bright lights what color something is on the screen. You can, however, choose your own color filters from a list, or adjust via slider.

According to reviews, due to the root access the application is able to change the color temperature overall as opposed to simply drawing over the screen, which leads to washed out images and lousy contrast.

Unlike Twilight (which is an amazing app as a note; I’m not putting it down one bit and have slept quite well with that app), CF.lumen doesn’t seem to draw over the screen. You’ll probably only ever notice that when you’re attempting to install an app from sources other than the Play Store. You can’t press install if something’s drawn over it, which I’m guessing is there as a security feature to prevent you from accidentally installing malware. 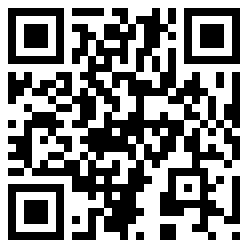 Also, and this time unfortunately unlike Twilight, there’s no options that I can find to disable based on app. An example of this is any time I’m working on an app review at night I want to disable screen tinting when I’m in the app and taking screen shots. Otherwise people ask me why the app is pink or red.

Overall it’s great, and you don’t have to shell out any money to see for yourself if it’s something you’d want.