We’ve covered a few backup applications for rooted devices that create Nandroid (snapshot) backups without requiring the use of recovery mode, but as OS versions have moved on many of us grew past their developer’s reach.

Most notably for me, OBackup used to be the ideal set-it-and-forget-it application I’d ever run across, but it didn’t like me very much when I switched OS versions and then phones.

Luckily the idea that started it all – that being Online Nandroid script – has been continually updated and patched and now works with most rooted devices to make a ClockworkMod, TWRP, or 4EXT style backup. The Online Nandroid Backup application makes good use of this script and provides a nice application layer to access it.

Online Nandroid Backup is a pretty simple application when you get down to it. Install, grant superuser access, choose your default options and download a device-specific patch for your phone. After that you can backup either by using the application, a terminal emulator, or via any sort of Tasker scenario you might want (according to the developer).

Backups are done in a window, you can pop out and go into other applications if you want although they’ll probably run a bit slow as you’re backing up the phone and there’s a lot of I/O and CPU power being devoted to it.

You can still make and receive calls, check email, do all the fun things you do with your phone while it’s backing up. 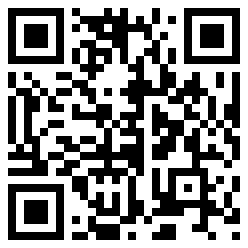 Backups appear to take a lot longer to complete with the application/script, although perhaps it’s just that there’s a clock sitting up there counting away the minutes that makes it seem so. Maybe it’s just that there are other things going on in a running environment.

Online Nandroid Backup is free, works for many devices, and might be a useful tool in your root arsenal.