Love the HTC One M8 but envy your friends who have wireless charging and never have to deal with attempting to plug a cable in to charge their phone in the dark while going to bed? You can have Qi wireless charging on the M8, M7, and the EVO 4G LTE (along with probably any other device with a micro USB port), and it’s pretty easy.

I figured I’d break this into a few installments as, well, I’m not 100% done with the conversion to the cult of the wireless charge, and there are plenty of issues to be overcome in a conversion situation that those who have it built in don’t have to bother with.

First off, my requirements for this were that I would not lose the functionality of my M8. This means the Bluetooth works, the NFC works and I’ve tested it, the radios aren’t impaired any more than my cell provider normally impares them, WiFi is 100%, the only thing I was giving up was the USB port on the M8.

What, no USB port? Yeah, we’ll deal with syncing, ADB, all that stuff in another piece.

Why do you want wireless charging?

Because it’s neat. That and you don’t keep jabbing a sharp pronged cable into a breakable port. For me, as I’m on call 24/7 I have to sleep somewhat near my phone, so it charges at night on the nightstand.

Usually I’m crawling in bed with the phone and although I think I’ve mastered the plugging it in in the dark, I have not master the waking from a dead sleep to an emergency call and forgetting to unplug the charging cable while you talk and attempt to get dressed to go deal with a crisis.

As such, I’ve dropped clocks, a baby monitor, and occasional glass of water. 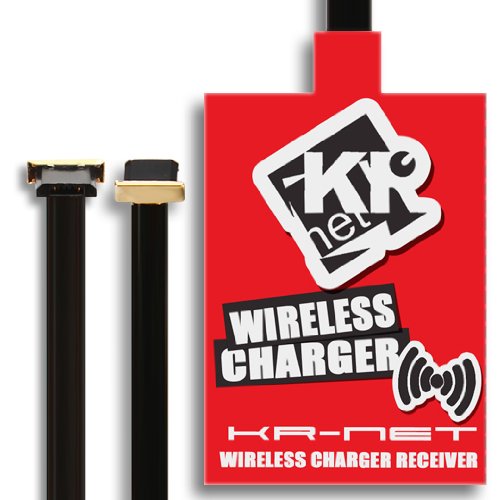 As I couldn’t find a lot on Qi wireless charging for the HTC One M8, I choose unwisely and got an aftermarket M8 conversion kit that is now evidently not being sold. What’s important from the kit is that all I needed from it was the possibly universally hated Kr-net Type A Micro USB charge tag. Here’s a link to an Amazon search. $8-9 a pop plus $5 shipping and handling.

Feel free to post recommendations on other tags, use another tag, any product here, etc. I have no dog in the game, this is just what I used and it seems to work.

I kept my Cruzerlite TPU case for the M8 (~$13), but my kit shipped with a $3 case that was doable. Your case may or may not work. 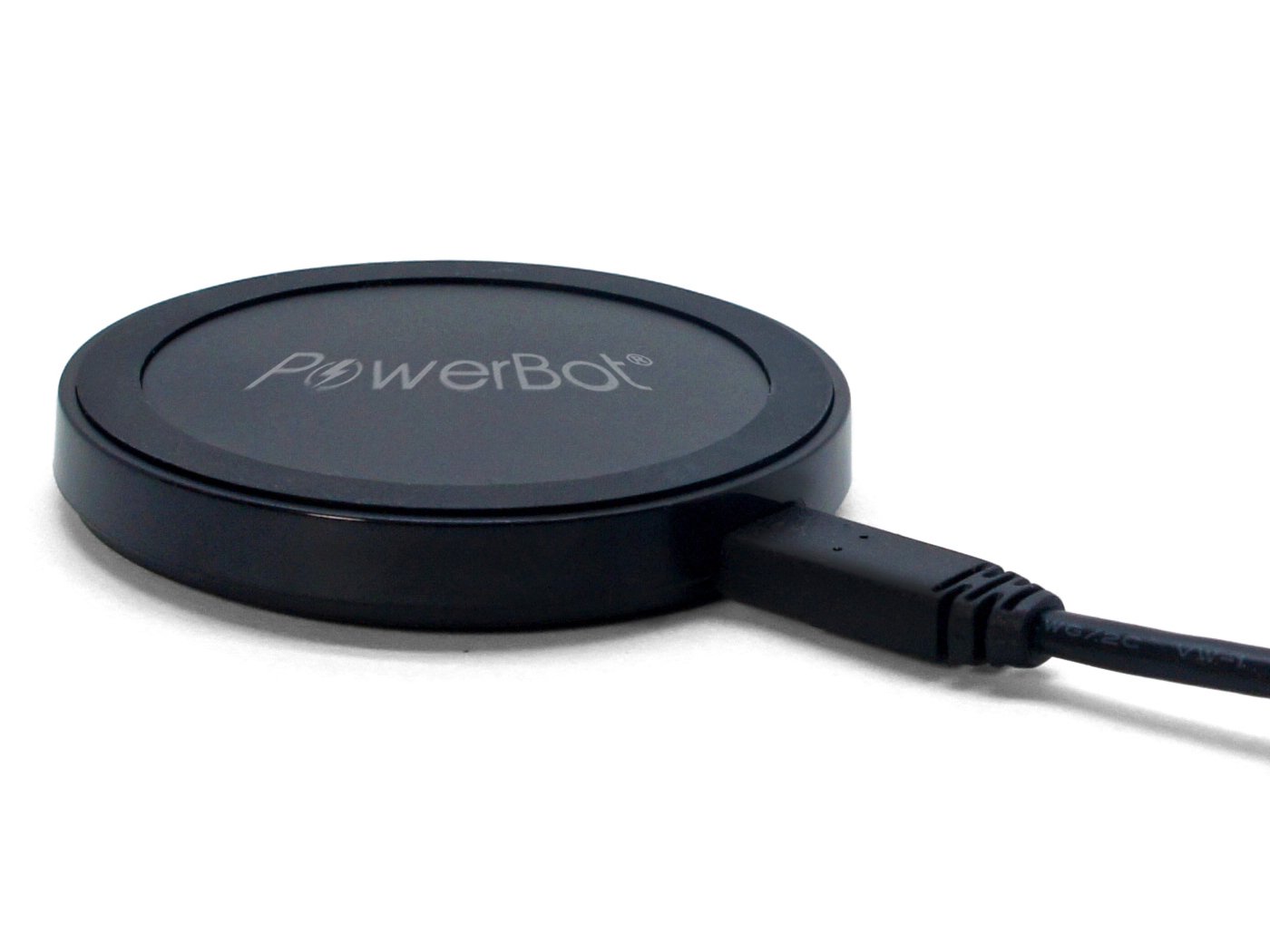 The first issue I encountered was that the tag that aftermarket company shipped had a 2-3 inch flat USB cable attached. This meant if you laid it flat along the back the charging pad covered up the NFC and both cameras. That wasn’t useful.

As such I placed the Qi receiver tag where it needed to be and gradually set about folding the flat USB cable into something a wiring specialist would be proud to call their own handywork. Or so I thought. It immediately went south, twisting the tag 14 degrees and making me realize I may have a bit of an OCD problem with this tag and need to re-bend the cables.

Your object is to make the slack cable either be on the phone side of the charging tag, or coiled up somehow below.

You also want to make sure the charging tag is at least an inch below the camera lens if you want NFC to work on an M8, so aim to place that tag at the bottom of the phone.

Before I put a case on the thing, I decided to test it laying flat on the charging base. It worked. No great force-lightning shot out to greet my hand. It got slightly warm after a few minutes but hovered at the temperature at which coffee becomes drain cleaner.

I didn’t adhere the charging tag to the unit, which meant when I put it in my see-through TPU case it makes me tick when I look at it. Slightly off-kilter. Wouldn’t be a problem with a darker case.

The tag I used gets around 70-80% charge speed. I’m not sure if there’s a conversion loss or it’s due to the tag (which I suspect is the case based on the Amazon ratings). This is OK, as I usually have plenty of battery left at the end of the day on the M8, but on a power gobbling phone I’d have to unplug the wireless and go back to the plug.

The base I used seems to work fine. Placing the tag anywhere over it results in the phone starting to charge, however I generally get an HTC slow charge warning (most likely due to the tag.) This warning can be disabled. Charge will get up to +610mA which means it takes about three hours for a full charge instead of my normal 2-ish.

If you have your USB port blocked you need to have more than one wireless base if you’re mobile, or extremely good battery life. I ended up getting two bases, but with the slower charge with this tag I’d just pull the tag out of the equation if I needed juice. Thankfully the M8 lasts me about 14 hours before dipping into the scary range.

The Chargerbot blinking charge indicator has done its best to defeat my attempts to sleep. I’m glad to know I’m charging, but it takes an otherwise dark room and starts it throbbing with green light. On off on off on off etc. Black tape is coming, but you can block it with a couple of well-placed quarters.

The flat 90-degree USB plug that ships with the unit looks as though it might defeat some tough cases that cover the USB in the event of a water landing. Doesn’t seem to impede any case I’ve tried on it though.

I was able to scan NFC tags with no issue. I did not attempt to program a tag, but will when I get a chance. I think if you’ve got it one way it works the other.

A week into the conversion the only thing I’m annoyed at is that I don’t have the USB readily accessible.

It seems like this would be the sort of thing a case manufacturer would make – case with a micro USB plug for wireless charging.