Commandr for Google Now is an app that listens when you talk to Google Now and adds functionality above and beyond what Google Now allows.

The built-in list of commands is impressive, with the following being implemented: Turn on/off WiFi/Bluetooth/GPS/Cellular data; Pause/resume music, next/previous song; read aloud unread SMS; play a Google Play playlist; Chatbot (to make it closer to Siri); read unread Gmail; raise/lower volume; note (to whatever the note-taking app is); and most useful of all, any Tasker command.

When you’re working with a Tasker command you can edit the phrase to launch, so finally I can say “OK Google, initiate self destruct sequence,” and get Tasker to start playing my baby’s bedtime music.

There’s also the ability use Commandr to launch multiple tasks if you want to launch a ton of different options you’ve created previously.

Some of the functions that Commandr does, such as turning on and off WiFi and GPS, I was under the impression were root-only at this stage of the Android game; however, there are no root permission requirements. They seem to work without superuser requests, but saying that while running a rooted ROM doesn’t mean much. The developer is also taking votes for more commands to put into the app, so if you’ve got anything you want to see, chances are if it’s doable it’s doable. 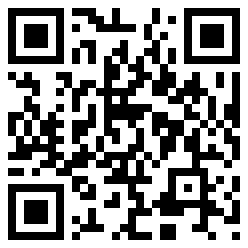 If you’ve been a fan of voice controlling your phone, or have started since the OK Google Now Anywhere functionality, this takes things to a new level and makes it worth talking to your phone.

Commandr for Google Now is free and available for download from Google Play.