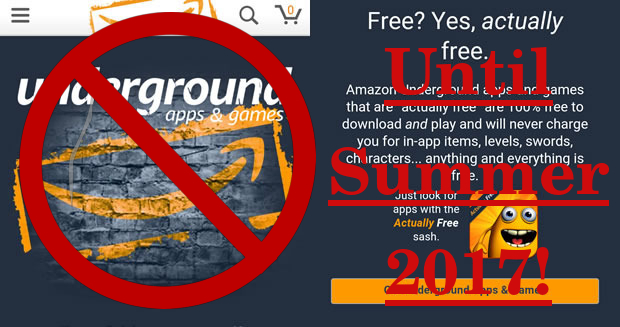 Launched just two years ago (making many learn how to install a 3rd party APK for the first time); Amazon Underground Actually Free is coming off the rails, with a quiet announcement today that the program is ending buried in the developer section.

It’s not all at once; but unless you’re on a Fire Tablet running the blessed FireOS, it’s definitely quicker than you would likely care for:

So if you want to grab any applications right now you can grab Amazon Underground here.