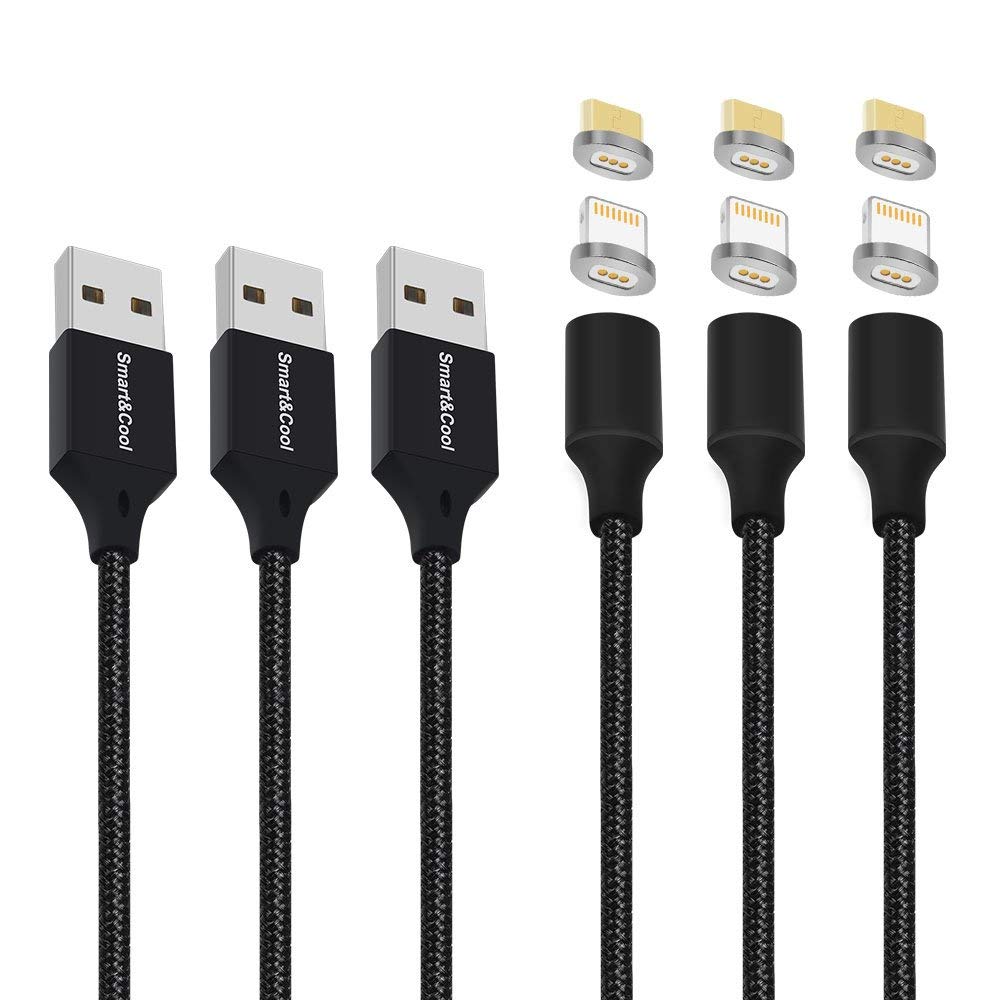 A couple of weeks ago another Pocketables author picked up some magnetic charging cables and I was considering abandoning my hopes and dreams of Qi for a higher-amp not-sucky quick charge. This got me thinking as to which is inherently better.

My original push for Qi was in order to let the kids charge their devices. I mean, have you ever seen what a 2yo or 4yo does to a Micro USB or Lightning port when they’re popping out of bed at 5am (yes, I’m a terrible parent, if they’re up that early they can watch 40 minutes of iPad before I wake up). Attempting to charge anything results in damaged cables, ports, peanut-butter extraction, etc.

Qi seemed like the answer, and it was, for one to 1.5 amp slowish charging that had to be positioned perfectly for the charging pads to pick up the aftermarket Qi adapters. The end result, less damage, but longer charging times and I’m still having to position the things.

So we’ve got magnetic charging cables. If you’re not familiar that’s where you plug something into your charging port that contains a small magnet and when it gets near enough to a magnetic charging cable it just snaps on. The advantages to this are no damage to the ports, higher amp charging, and snake-like striking clicks let you know it’s working.

I got to wondering, which is better, and like everything these days that comes down to it’s pretty hard to say. Advantages of the magnetic charging cables over Qi

No neither of these hold a candle to the things I’ve seen at CES. Yet another charging standard attempt that can charge through a table, a wireless charger that charges across a room, and several faster charging battery methods that seem a little scary with how fast they pack it in.

So personally, with a phone that really doesn’t need charging during the day, I’m tending to lean toward Qi as that means I just set the phone down and it charges. USB C has made the scratching and port damage less of an issue, but it’s nice to be able to just plop a phone into position and not find a cable and place it, even if it does strike like a snake and look cool doing so.

Qi however is absolutely useless for charging Bluetooth devices.

So when asking whether Qi or those awesomely cool magnetic cables are better, the answer is unequivocally “yerrrs”