Showtime (YouTube Floating HD Player) is an application that pops up YouTube content in its own window, allowing you to work on your Android device while watching videos. It also allows you to work in YouTube from the app, see your subscriptions, and see what’s trending and popular – it basically functions like YouTube with the addition of a popup window.

During playback you can pause, minimize, re-size, re-orient, maximize, change quality, and comment on videos. You can also turn the screen off and listen to whatever’s playing, which is insanely useful for talking head YouTube instruction videos. Basically anything you could do with YouTube, you can probably do with Showtime, and it floats.

In addition to that, you can also customize the colors of every element of the player, so if you’re wanting to match it to your current theme, it may take a minute or two to change everything over. However, there’s no need to request the developer make a version for you.

Offline and cached support are in there, and other than having a couple of mistranslated or misspelled/localized words in the app, the thing blows the official YouTube app out of the water.

The app is free and paid for by advertising, or you can purchase the $3.99 version and support the author if you find it incredibly useful. 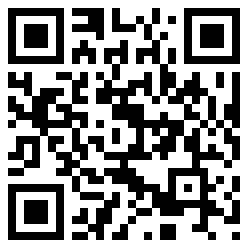 There’s a little confusion over the name, as in the development thread it’s called Showtime and on Google Play it’s called YouTube Floating HD Player. My guess is the name Showtime is getting ditched in favor of the longer more descriptive and less previously copywritten “Showtime“.

Whatever the case, if you’re looking for a floating YouTube player that performs, check this out and let us know what you think.