Theftie is an Android app that takes a picture of whomever has your phone, and provides you with plenty of tools to locate it and to make it so that if you do lose your phone, it’s not a total loss.

It features options to take pictures of anyone who enters the wrong unlock code, the ability to locate where your phone is using a computer (or presumably a friend’s phone on a web page), a lost mode to track locations, alerts when there’s been a SIM change, the ability to force the phone to call you, the ability to remotely lock/wipe/prevent apps from being installed, and a lot more. You can also send a message to the person who has your phone informing them that you have a very particular set of skills, skills you have acquired over a very long career.

Android Find My Phone | How to Find my Android Device phone 📱

The app works on rooted and unrooted devices. The rooted options allow you to toggle GPS, ADB/Developer mode, and unknown sources when the phone enters lost mode.

What has been my experience with friend’s lost phones are they die before you can get to a computer, there’s usually one unlock attempt, and then the device never shows again having been wiped. I know from friends finding phones that the carriers are less than useless at returning devices to their owners, so once your phone is gone you’ve got a very short amount of time to get into contact, locate, or erase the device.

This leaves Theftie as a good way to erase and move your data to the cloud, which you should have planned for by encrypting your phone and syncing to cloud services in the first place. You’ll find that attempting to move your two gigs of family photos you didn’t sync up will tax your battery and unless your thief is charging your phone for you there’s not going to be a lot that you can do before your battery fails other than remote wipe, message, and locate.

In some scenarios this is pretty darn useful, but Google’s Android Device Manager does a lot of these as well.

It’s a good set of tools for very particular circumstances. If the developers added a GPS and SMS low power mode to grab location, randomly speaking via TTS to the taker to call a certain number, I think this would be hands down an all-around winner. But if you’re going to prep for a phone loss, prep by setting up proper cloud sync, Android Device Manager, encrypting the phone, etc.

Then when you lose your device you’re out no data, you don’t have to remotely wipe anything because they can’t get to it without a passcode, you’re not relying on getting your data back by OTA methods which drain battery, and you might actually be able to call and talk to the person before the phone died because you were attempting to get stuff out of it.

One interesting thing is that if the thief or finder is a minor, there’re some circumstances where taking their picture when they have the expectation of privacy could be considered a crime. That varies state to state, and would be an interesting trial if it came down to it. 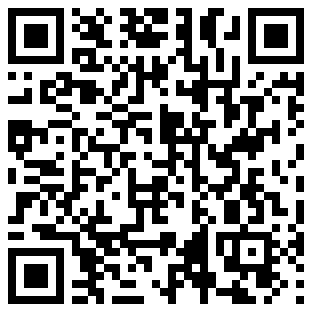 But, your experiences will vary, and there are many times that a semi-root app could be a phone saver. I can’t think that having a bad forward facing camera photo of someone is going to do much useful, however I’ve been known to be wrong.

It’s a pretty neat app, is free, and if it doesn’t save your phone at least it shouldn’t drain your battery.